UK based gamers may have seen the launch of one of those interminable part-works magazines, this time Helicopter Magazine. The magazine comes with a 1/72nd scale pre-painted die-cast model each issue (which appear to be Amercom produced Altaya models), the first issue coming with a very useful UH-60L Black Hawk for the introductory price of just £2.99 (normal magazine/model price is £7.99), A quick trip to the local newsagent has seen my US Expeditionary Force in Whirarwistan reinforced with three Black Hawks for under a tenner ready to play with... 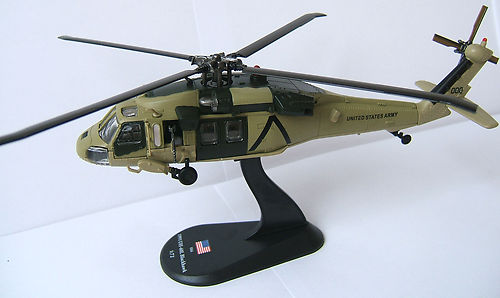 The whole series seems to be around twenty-eight models strong (four of which - including a Mi-24 Hind - are part of the subscription deal) and I am giving serious consideration to taking out a subscription as there are a lot of useful looking models in the collection (issue three comes with a Boeing MH47E Chinook!).
Posted by Steve at 05:50 10 comments:

Email ThisBlogThis!Share to TwitterShare to FacebookShare to Pinterest
Labels: Air Support, US

The Whirarwistan campaign has unfortunately temporarily stalled due to my suffering from wargamers "ooh shiney" disease, but in the process of painting some phalanxes of Greek hoplites my eyes alighted on an Altaya (aka Amercom aka Deagostini) T72 M1 pre-painted I picked up last year. I must confess I didn't like it when it arrived, it looked plasticy and the sand and black camo was horrid. 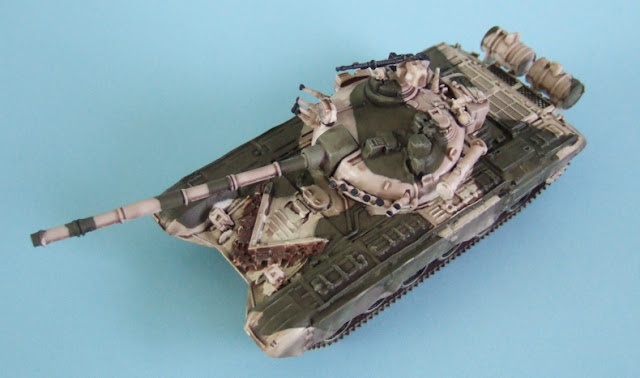 However, it got to the point yesterday that I was so sick of looking at the sand and black camo that whilst some shields were drying I decided to slap a bit of green over the black using Vallejo (70924) Russian Uniform WWII. This looked quite good, so I then applied a wash of GW Devlan Mud wash and et voila!

A final drybrush of sand over the tracks and bogies was all that was needed to finish the beast off and I must say I am really pleased with the end result and feel a bit more inspired to revisit Whirarwistan. Now where are the BTR's?