How To Paint US 'Chocolate Chip' DBDU

Having found a useful site for painting the Soviet KLMK camo uniform I decided a bit of Googling would worthwhile to see if I could find something similar for the famous American 'chocolate chip' (aka cookie dough) Desert Battle Dress Uniform. 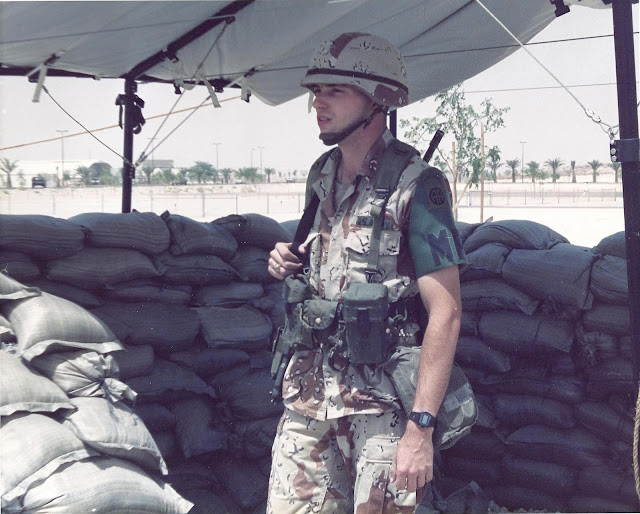 It was quite interesting to find out that the design was developed by the US military in the sixties anticipating involvement in an escalating Arab-Israeli conflict (now there is an interesting "what if?" painting 'Nam era figures in desert camo). However, it was not until the invasion of Kuwait that the DBDU was seen in combat.
Painting tutorial wise I haven't found much as yet but did come across this well illustrated one on a 40K forum (ok, the figures are Imperial Guard not US infantry but the BDU is the same). The chips are quite exaggerated compared to reality (see picture above) but that may be necessary to get the right 'look'.
Posted by Steve at 01:21

Email ThisBlogThis!Share to TwitterShare to FacebookShare to Pinterest
Labels: Uniforms, US